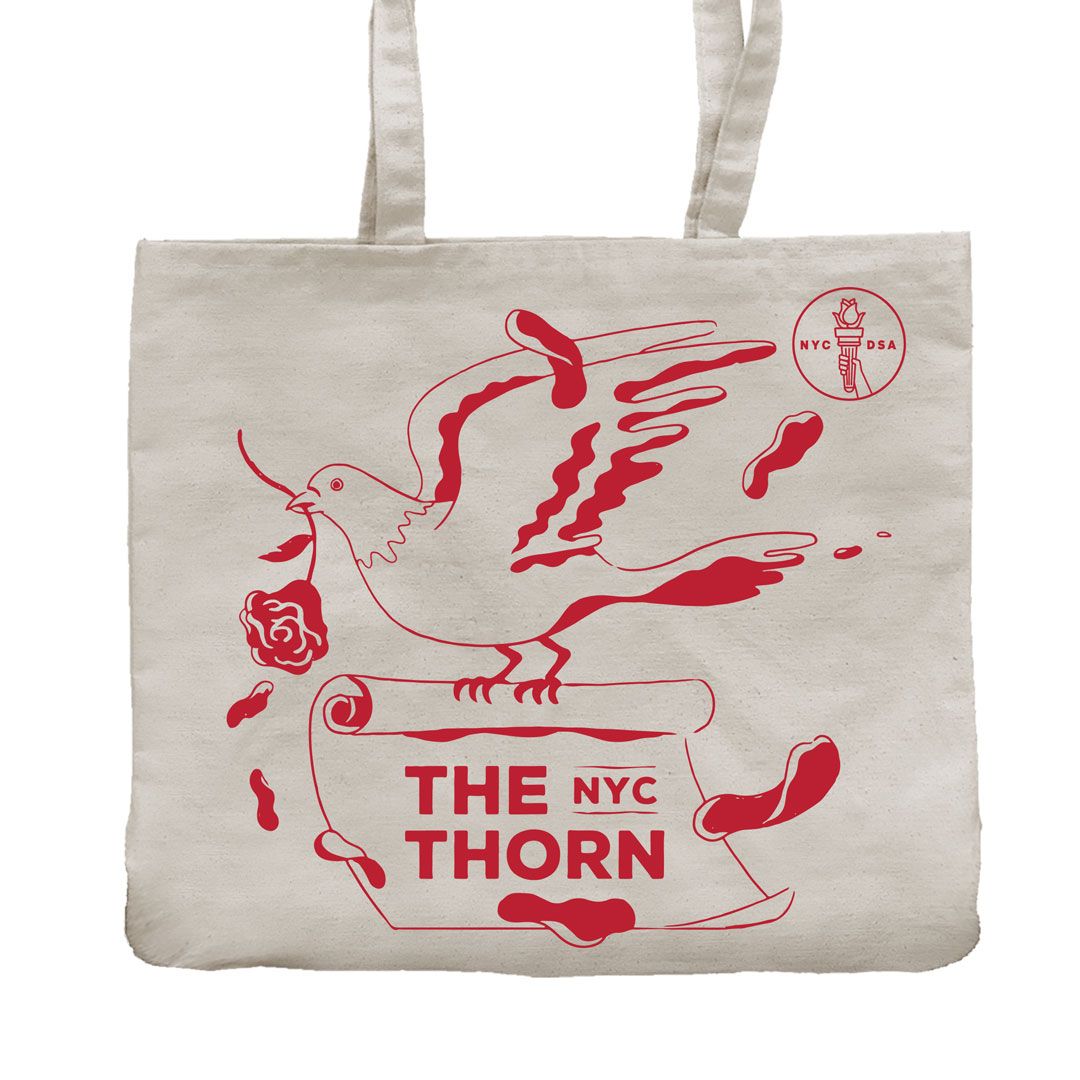 NYC Thorn tote bags will be for sale this week at NYC-DSA branch meetings. If you want to support the newsletter, pick one up!

If you can’t make those events, please consider donating to The NYC Thorn here. And if you already bought a Thorn tote, share your photos of it with us online!