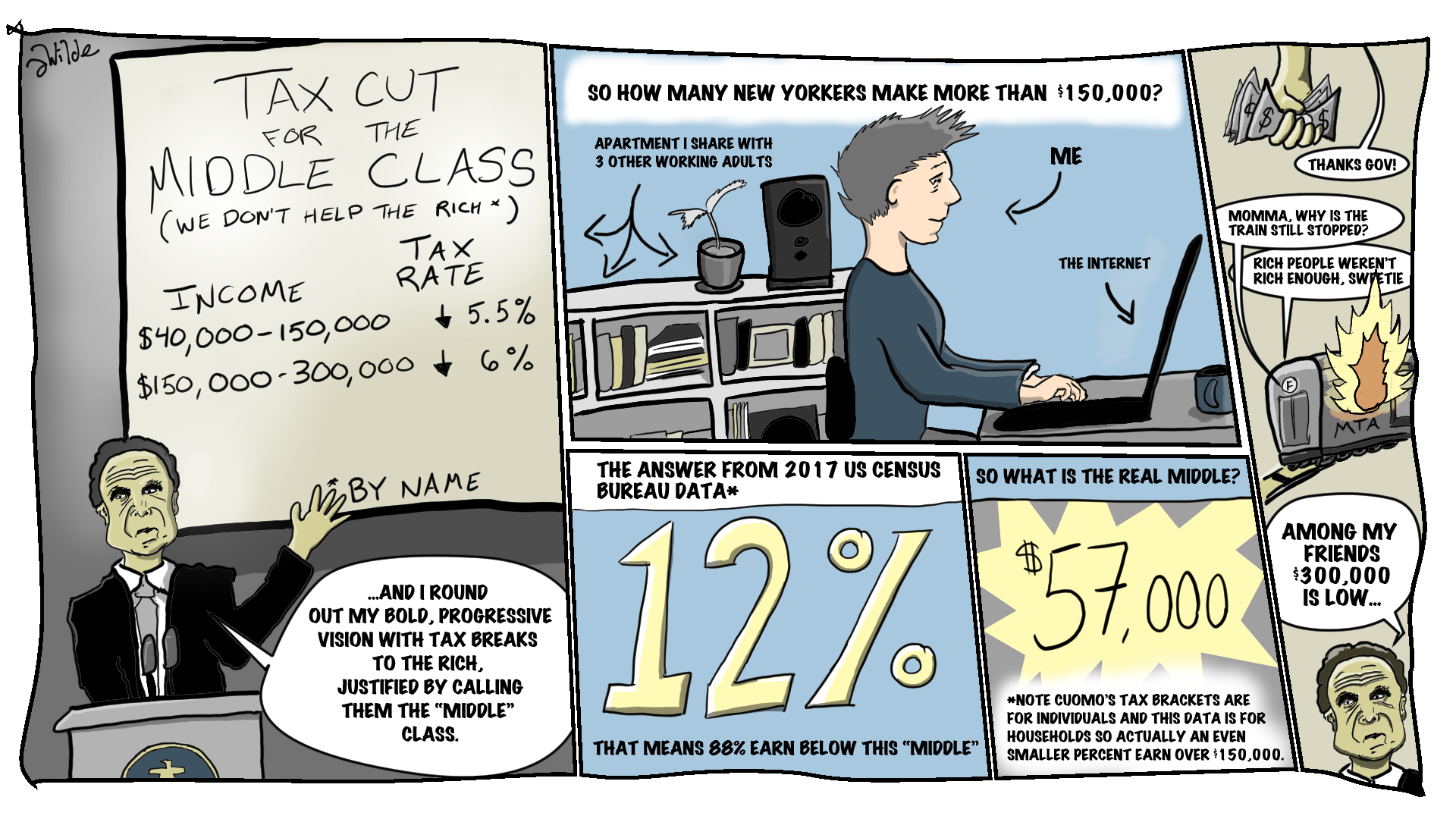 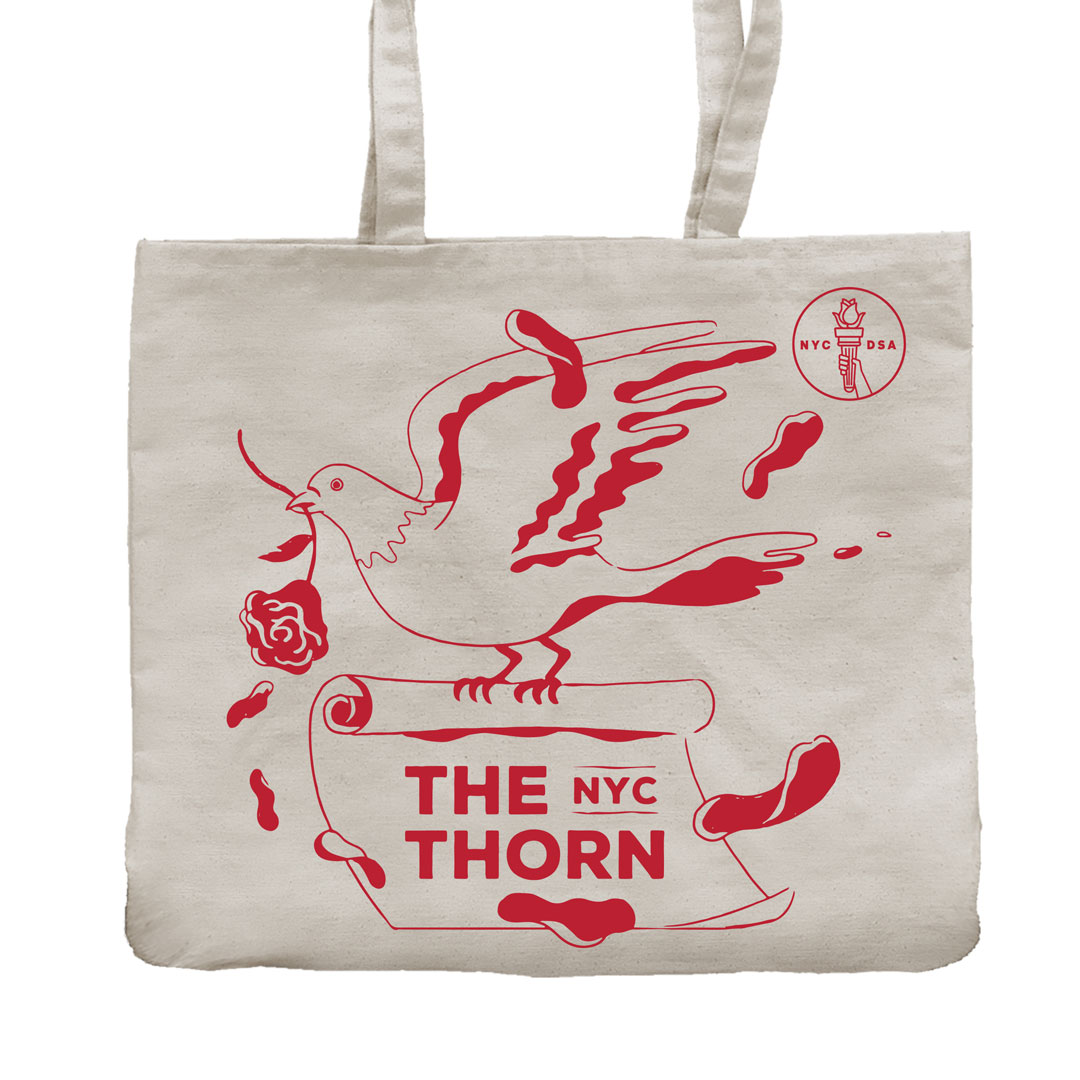 Over the last two years, the NYC Thorn has emerged as a dependable source for New York political news and commentary. Every week we reach thousands of readers, all for free.

We are committed to ensuring New Yorkers continue to have a local news digest with a socialist outlook. Over the next year, we’ll produce more in-depths, New York political explainers and artwork.

But as our audience grows, our newsletter service costs increase, we have to count on you, our most committed readers, to thrive.

In honor of our 100th issue and as a way to keep the lights on, we’ve created limited edition Thorn tote bags! We’re not selling them online, so you’ll need to purchase yours in person at any of the following NYC-DSA events:

If you can’t make those events, please consider donating to The NYC Thorn here.

But don’t stop there, evangelize for us a bit. Buy your friends totes, share our newsletter, send us feedback, and join in the conversation online.