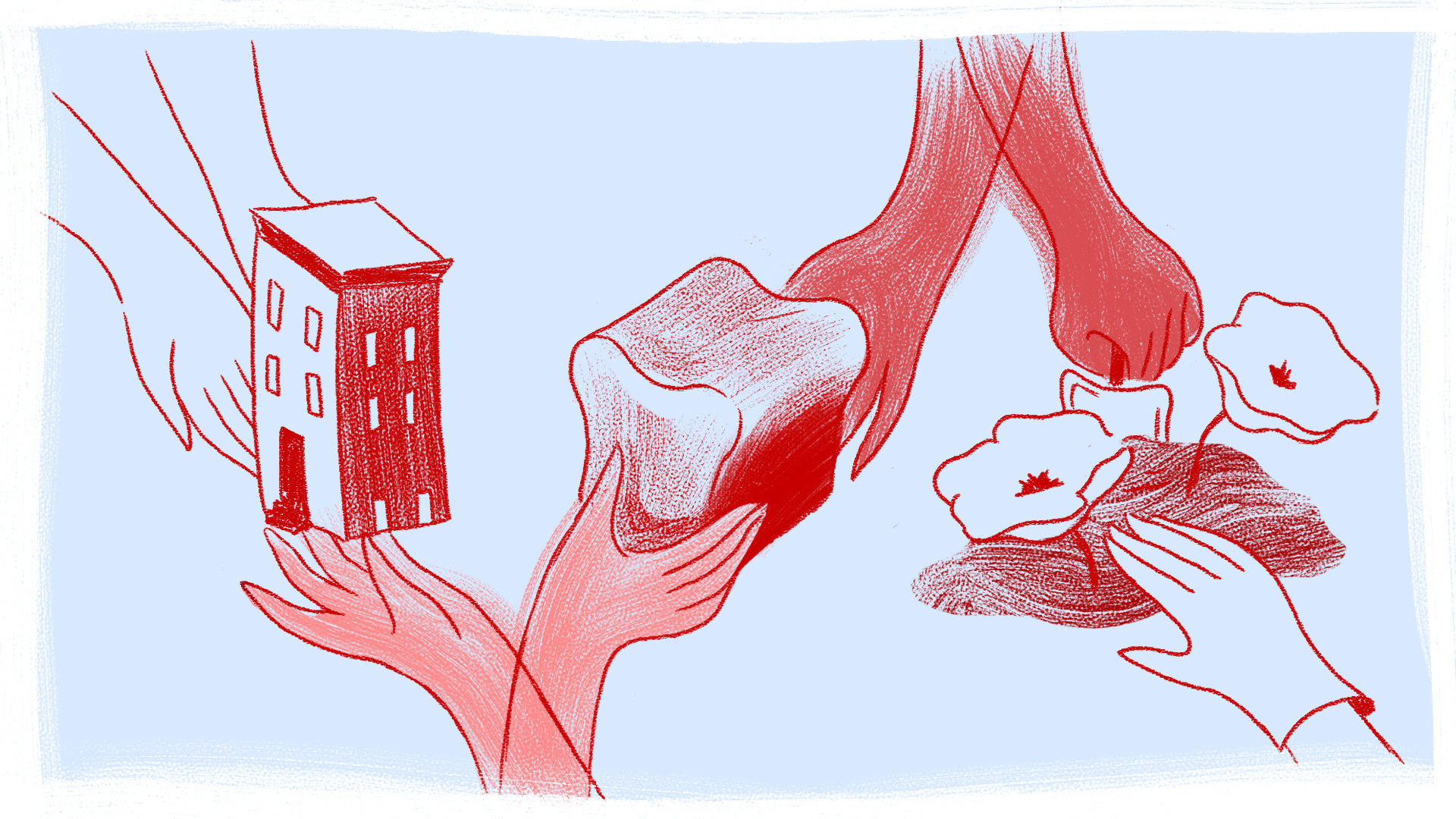 As socialists, we can use solidarity economy strategies to build economic democracy and foster mutual aid for those most harmed by capitalism. Here are some ways groups are currently using these strategies in NYC:

Housing Development Fund Corporation (HDFC) co-ops sell buildings directly to tenant or community groups to provide accessible housing to low-income people. Mitchell Lama co-ops, based on a previous generation of union-sponsored housing cooperatives, have income guidelines for new purchasers and limited return of equity investment of departing residents. Tens of thousands of New Yorkers live in these buildings. They are currently threatened by an unresponsive city bureaucracy and gentrification that pressures and incentivizes residents to ‘sell out’ rather than maintain affordable housing. You can learn more by visiting Urban Homesteading Assistance Board or Cooperators United for Mitchell-Lama.

A Community Land Trust (CLT) is a nonprofit organization formed to own land and maintain control of buildings located on the land.  The CLT sells the buildings to qualified buyers but retains ownership of the land to preserve the long term affordability of its housing resources. Recently, NYC Housing Preservation and Development has awarded $1.65 million to 5 groups, and CLTs were part of the NYC DSA Housing Working Group’s efforts to make the Bedford Union Armory affordable. Learn more by visitingNew York City Community Land Initiative.

A worker coop is an enterprise democratically-controlled and owned by the workers. Over 90% of worker cooperatives in NYC are run by immigrant women of color and 90% source directly from their communities. The City has awarded over $3 million to nonprofits that incubate worker co-ops this year. Learn more by visiting New York City Network of Worker Cooperatives.

Community gardens are democratically-controlled spaces used for agricultural production, recreation, and cultural purposes. Many are housed under the NYC Parks GreenThumb program or through CLTs. Due to rezoning and gentrification, many community gardens are threatened .  Gardens Rising Campaign, Brooklyn Queens Land Trust, and 596 Acres work to secure space for gardens. Learn more by visiting New York City Community Gardens Coalition.

Food co-ops are grocery stores owned and operated by the members who shop there. CSA members provide no-interest mutual aid loans to farmers early in the season when they plant, in the form of an advance payment, and later farmers deliver agricultural products to members. There are 7 food co-ops in NYC and over 100 CSAs. Food co-ops once got a boost from City Council Speaker Christine Quinn but do not currently receive financing or assistance from the city.  CSAs are threatened by internet grocery services, making the priority preserving existing CSAs rather than forming new ones. Learn more about CSAs by visiting Just Food.

CDCUs, like all credit unions, provide financial services to members and are governed by a member-elected Board of Directors. CDCUs specifically serve low-income populations, especially immigrants pushed out of mainstream banking, and lend to small businesses, individuals, and other co-ops. CDCUs face a hostile regulatory climate and in NYC specifically are primarily affiliated with faith communities of color that are struggling to remain viable with few resources and an aging population. NYC partners with some of them to offer free tax preparation services. Learn more by visiting National Federation of Community Development Credit Unions.

Most of these specific sectors have political relationships with City Hall or Albany, and they frequently can use the support of DSA members to protect these projects that are regularly threatened by those who seek to convert community ownership to private wealth. CEANYC is building capacity among these groups to pursue a common political agenda, and the groups are currently mulling a campaign for a municipal Office of Cooperative Economics that would serve to protect and support solidarity economy work. While this shouldn’t replace other efforts to build working class power, such a campaign holds the promise of uniting working class activists across generations, neighborhoods, cultures, and solidarity economy models for a vision of community-controlled economic development that is feasible in the current political climate.\ For more information about NYC’s solidarity economy, or to set up a workshop, email us at organize@gocoopnyc.com. And catch us talking with Jessica Gordon-Nembhard on Season of the Bitch in May!