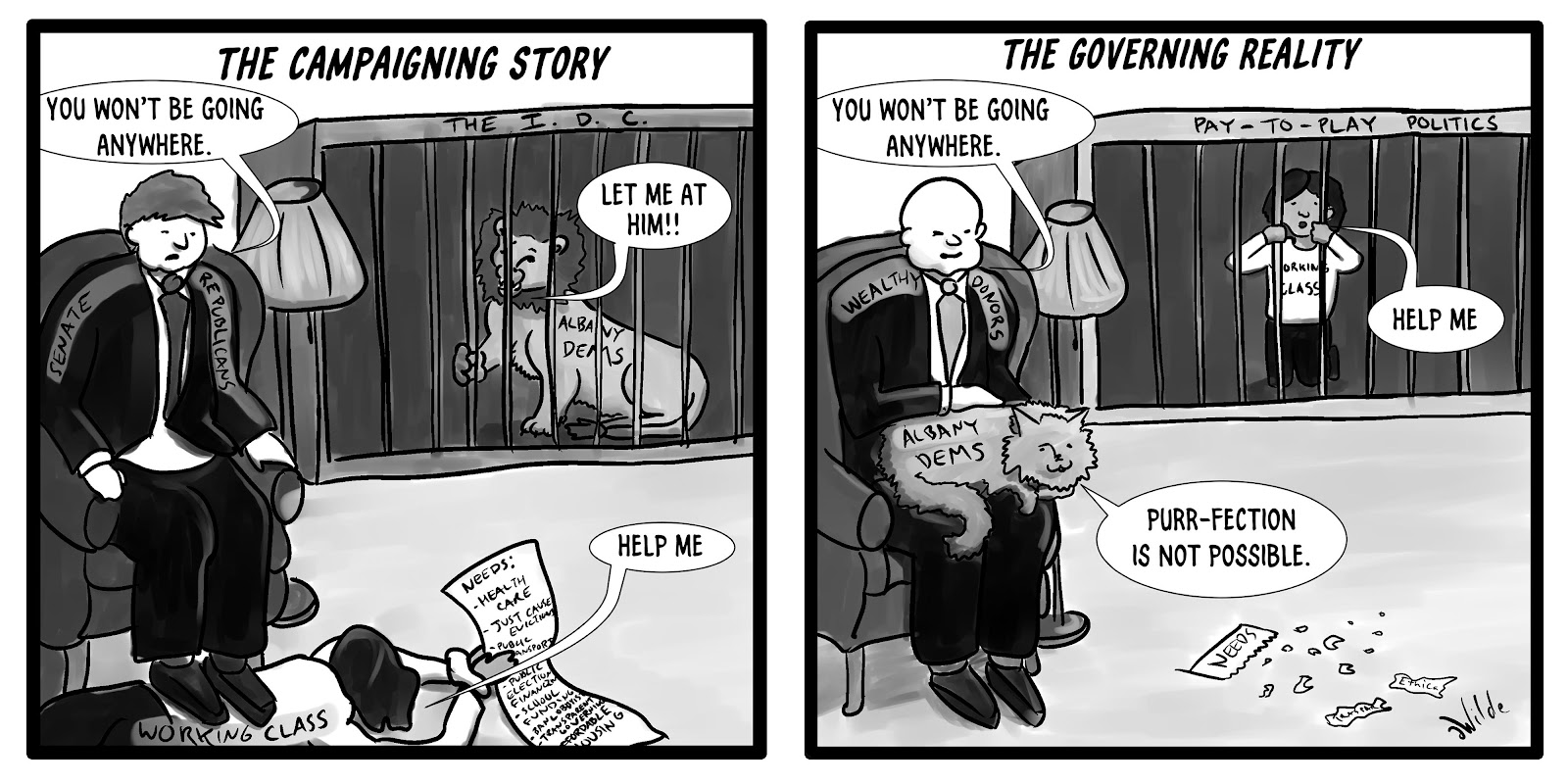 If you’re a fan of The Thorn, please join us this Thursday, May 23rd — it’s The Thorn 2 Year Anniversary Celebration + Trivia Night! 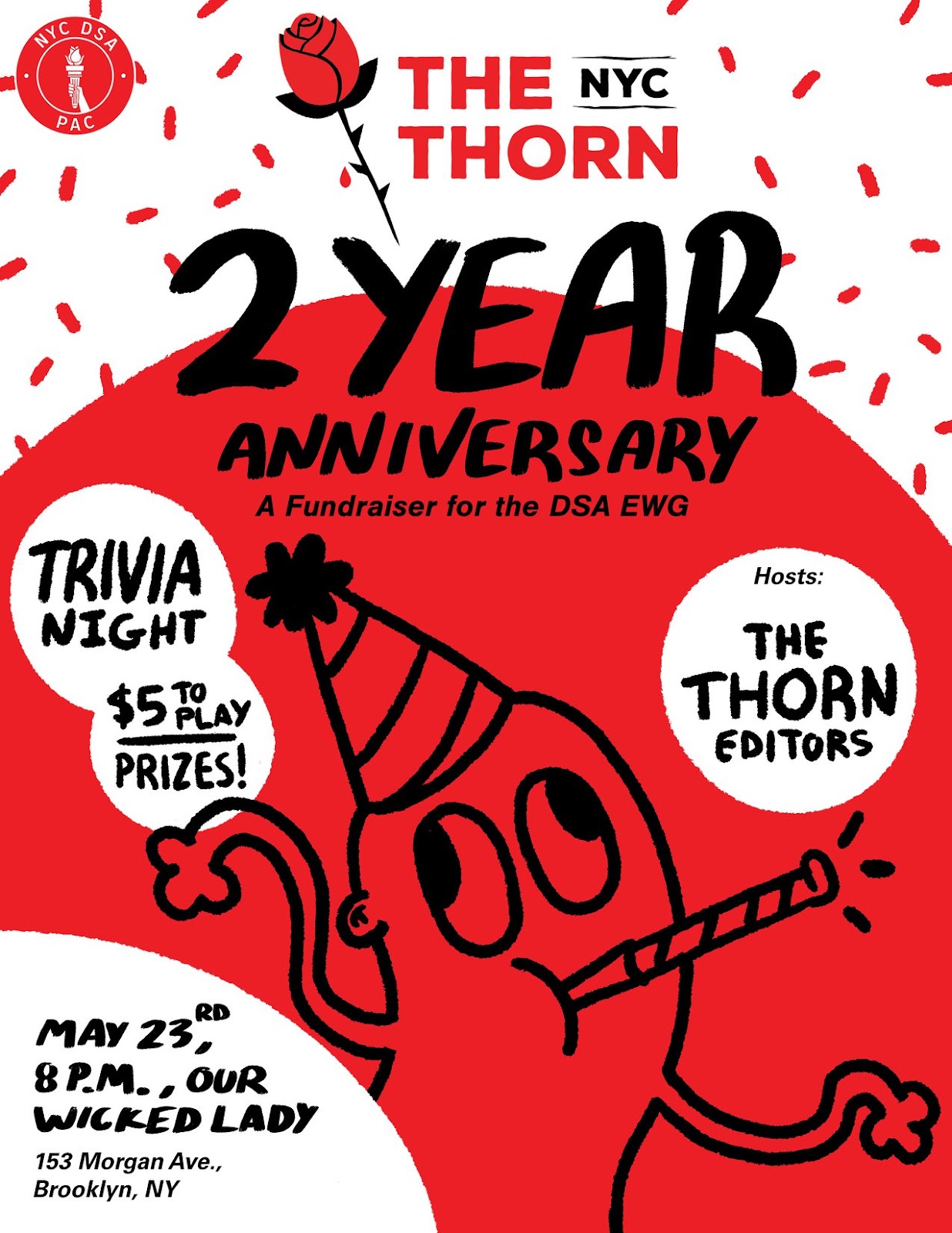 We’ll be celebrating two years of the newsletter with a battle of wits over NYC history and politics, while raising funds for the NYC DSA Political Committee!

RSVP at the ticket link or by visiting: bit.ly/thethorntrivia

A donation of $5 and up gets you a chance to play Trivia with The Thorn editors!

All donations through Action Network go to the NYC Democratic Socialists of America PAC.  The NYC-DSA PAC uses funds raised for electoral work across NYC. We provide resources to grassroots candidates running for office that have been endorsed by the DSA.

Note: There will be a chance to pay at the door to play trivia as well, and those proceeds go to the DSA Citywide Electoral Working Group, but we suggest you reserve your space by buying a ticket now!