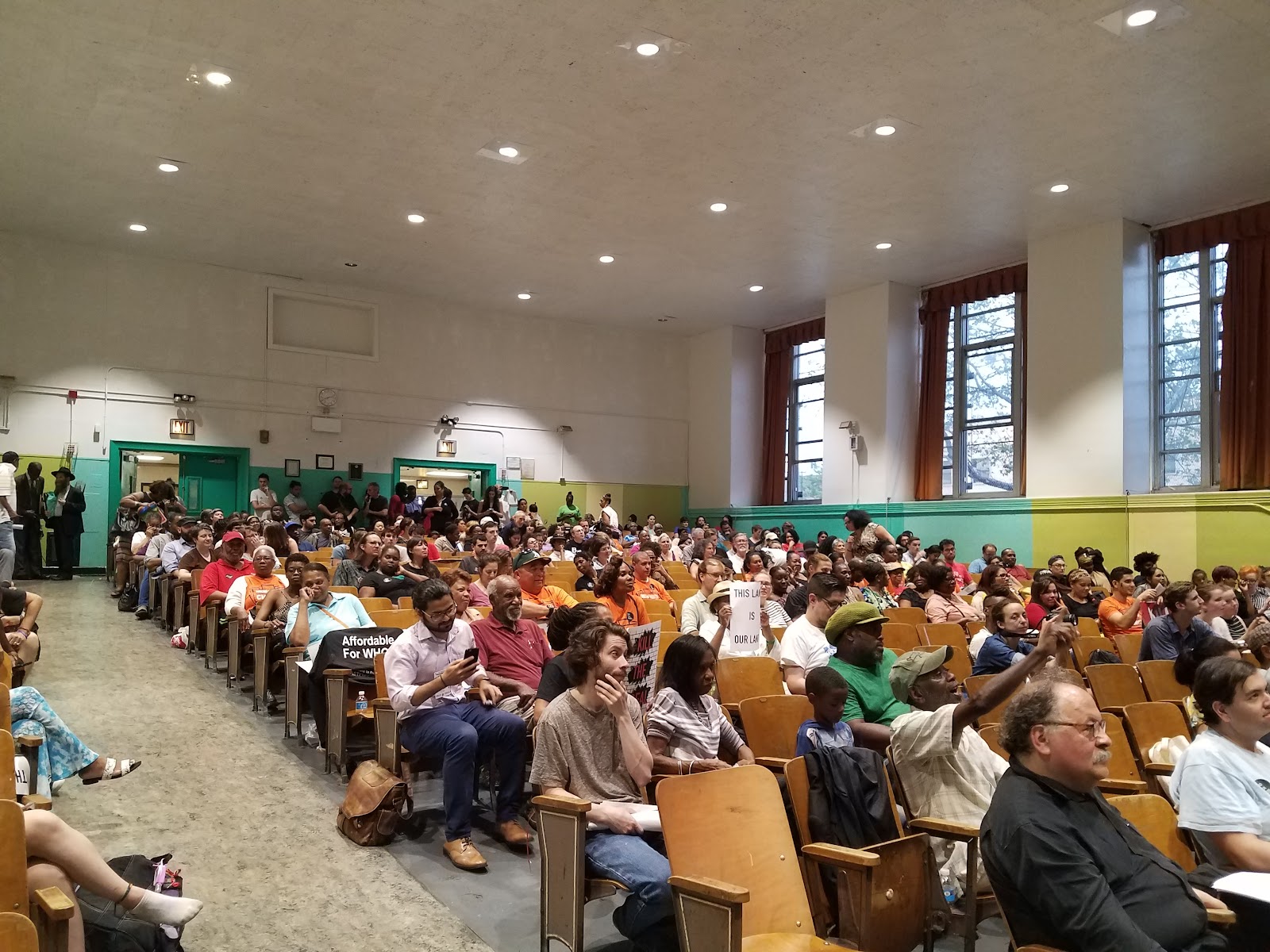 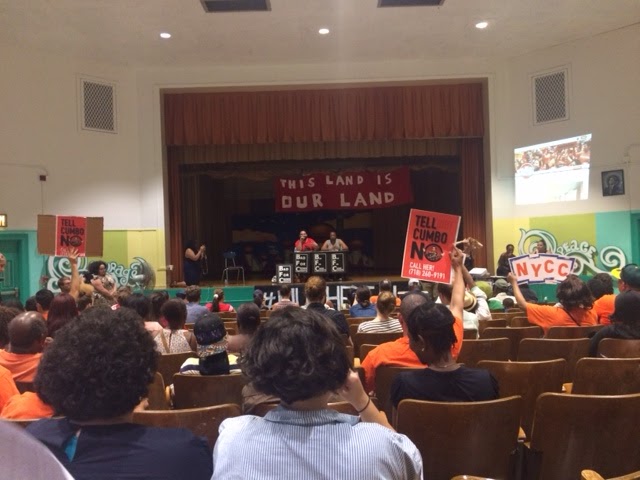 Wednesday night, hundreds of Crown Heights residents attended a Community Town Hall about the Bedford-Union Armory at MS 61, organized by New York Communities for Change (NYCC), NYC-DSA, and the Crown Heights Tenant Union (CHTU) and advertised as an event that Mayor de Blasio was invited to. The event was organized in response to the Mayor’s public endorsement of the project in July, in which he suggested that Crown Heights residents are opposed to the project because they don’t understand it.

The current Councilmember for Crown Heights, Laurie Cumbo, has publicly stated that she opposes the project as it currently stands, which could have signaled that the opposition campaign has been a success. But activists familiar with the politics of the ULURP process know the fight is not over because the project could still be approved with minimal political repercussions for the Councilmember. Here are some ways that could happen:

The De Blasio-focused town hall is an example of the ways in which targets can shift throughout a community campaign, and how escalating a campaign to a higher-level target can serve as a political education moment, exposing the less-than-obvious connections between district-level decisions, citywide agendas, and developer interests. Wednesday’s town hall included mentions of Cumbo’s real estate donations, a similar struggle over the sale of a Brooklyn Heights library in 2015, and the current administration’s overall trend of selling public land and public assets to private developers.