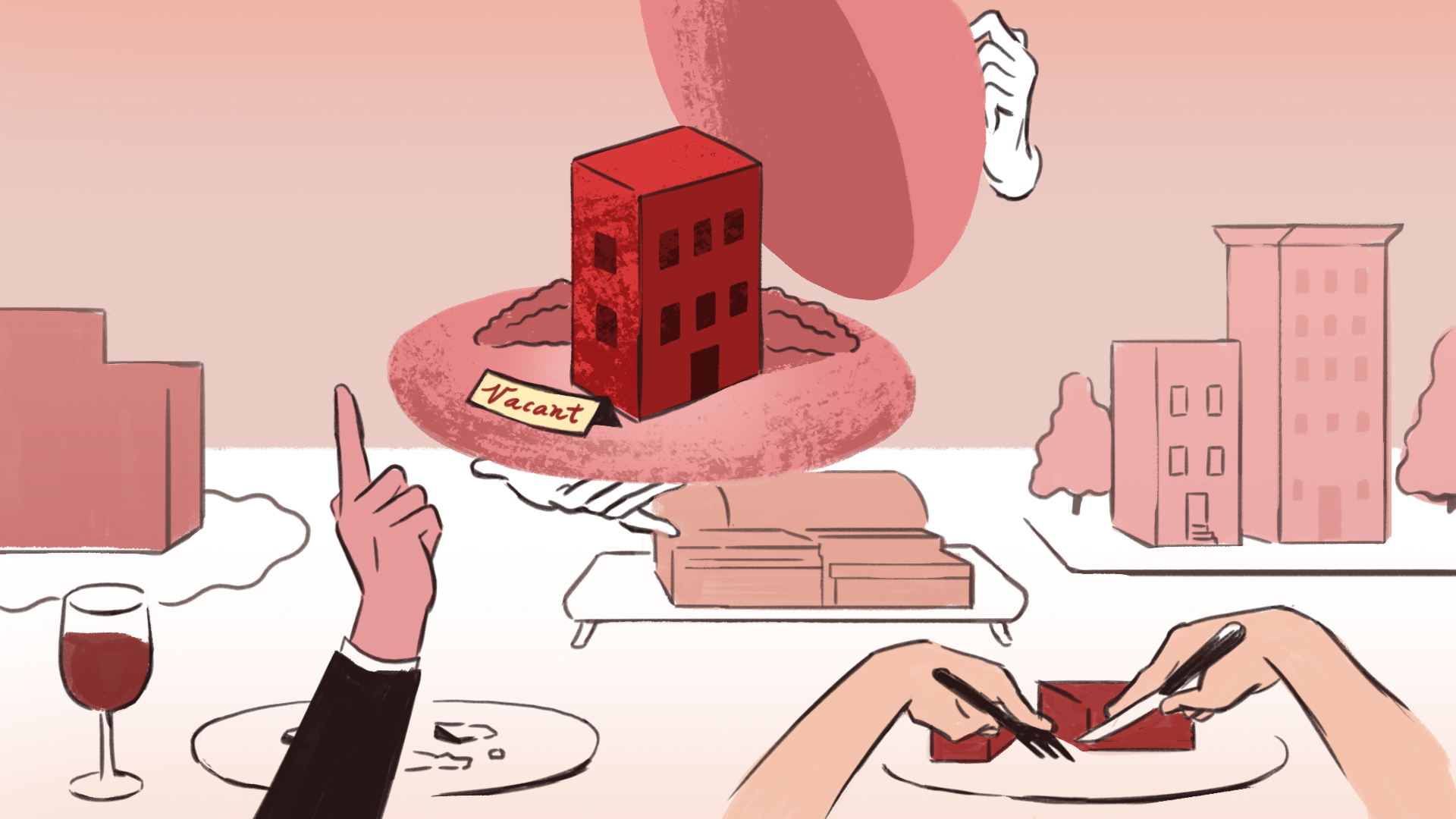 A brief history of public land in NYC

Public land has historically played a crucial role in the development of affordable housing and urban planning. However, the process of public land leases and sales can unsurprisingly favor for-profit developers at the expense of working class tenants. A variety of institutionally racist land use policies across the US including redlining, deindustrialization, and urban renewal resulted in a great deal of landlord foreclosures by the 1970s. These properties were eventually taken over by municipalities. While some cities continue to maintain this stock of public land, New York City has developed various mechanisms through which public land is used for neighborhood redevelopment.

The City disposes of public land primarily through two main land development agencies. The Department of Housing Preservation and Development (HPD) is tasked with developing and maintaining the City’s stock of affordable housing, and the New York City Economic Development Corporation (EDC) is a not-for-profit corporation responsible for managing the City’s assets and developing real estate through public-private partnerships.

Mayor Bloomberg and his predecessors were quick to give up ownership of public land to developers. However, under de Blasio there has been a shift in EDC policy from outright sales of public land to one of offering developers a 99-year ground lease, allowing the City to retain ownership of the land parcel. EDC documents show 41 land sales by the EDC to other entities from 2005-2013 in comparison to only seven land sales from 2014 to the present.

Despite this shift in policy at the EDC, since de Blasio took office in January 2014, the City of New York through HPD has sold 202 City-owned lots to housing developers for $1 each, with 41 lots pending sale for $1. According to onedollarlots.org, while some lots are used for clear community benefit purposes, such as youth shelters, some are sold to for-profit housing developers to create market rate apartments. The $1 properties often come with many stipulations about how the land must be used, though the usage restrictions almost always expire after a certain period of time.

The most common way for a private developer to acquire public land is by responding to a publicly available Request for Proposals (RFP) or a Request for Interest (RFI) released by EDC or HPD. These requests outline the selection criteria and requirements associated with the parcel of land, and each submission is assessed by an appointed team of evaluators consisting of employees within the agency or external organizations. While this is the most competitive and therefore most “transparent” procurement process, there are opportunities for it to favor certain developers during the selection process. For example, the agency may tailor the selection criteria to a specific developer’s competencies, ensuring that specific developer is awarded the contract.

In some cases, a project is awarded to a specific company without any competitive process, which is called a sole source. A sole source must meet specific requirements that were established in 1982 for EDC’s predecessor, the Public Development Corporation. The requirements are extremely generic, referring broadly to instances where there is a vendor with “unique” capabilities leaving no viable alternatives, a “small component” of a project (defined as 1/100th of the overall project cost) is a critical path item and a competitive procurement would cause a sufficient delay or overruns, and a consultant’s prior experience would “add significantly to the overall quality of … the planning, design, or construction of the project.” In short, a sole source procurement is conducted at the whim of Deputy Mayor Alicia Glen who must sign off on all sole source procurements. This is by far the least transparent and most controversial method of procurement, though significantly less common, allowing the DM to award a contract to whomever she thinks is most appropriate.

Why does this matter? Public land is a scarce and precious resource. The developer-friendly policies of Mayor de Blasio and Deputy Mayor Glen are ineffective at closing the widening affordability gap and stemming New York City’s continued housing crisis, which has been called a humanitarian emergency. As socialists, we must continue to fight for more radical solutions such as community land trusts that will help bring land back into public control and allow for the creation of permanently affordable housing, communal green spaces, and other social goods.