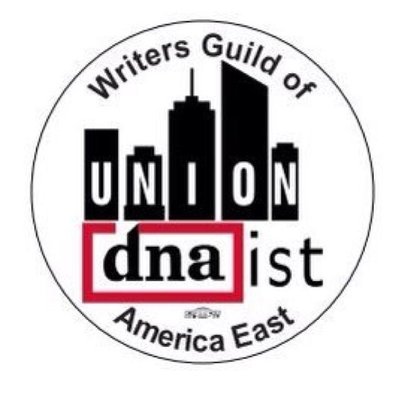 New York City’s online local news sites DNAinfo and Gothamist were shut down Thursday, one week after their workers voted to unionize. Both sites were invaluable resources for all New Yorkers, also for us here at The Thorn. DNAinfo in particular has been indispensable us. We’ve linked to DNAinfo in nearly every issue of The Thorn, and we applaud the incredible work of the journalists at both outlets, which has greatly helped our efforts to shed light on local politics.

Joe Ricketts, the billionaire Trump-supporting CEO and owner, claims the shutdown was simply a matter of profitability. But the timing of his decision makes clear that it’s more about sending a strong anti-union message, to both the rest of the media and employees at his other businesses.

His actions crystalize our need for strong public media. Profit-driven journalism can be compromised in all sorts of ways, and is ultimately contingent on the whims of billionaires like Ricketts and Peter Thiel. Efforts to unionize draw the ire of corporate media, which is precisely why such efforts are important. It is particularly risky for media workers to unionize today, but unions are a crucial safeguard to ensure that the work of independent media outlets is not manipulated by their owners.

Jimmy Wales, founder of Wikipedia, has said that he is thinking about buying DNAinfo and Gothamist.\ The Writers Guild of America East has organized a solidarity rally at City Hall Park at 1 PM. 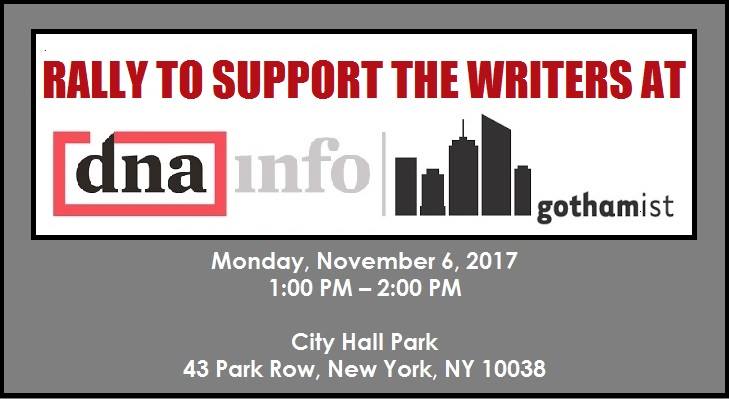